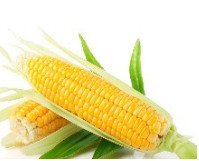 In recent years, with the promulgation of the Law on the Promotion of Agricultural Mechanization and the implementation of the national subsidy policy for the purchase of agricultural machinery, the enthusiasm of farmers to purchase and use corn production machinery has increased, and the mechanization of corn manufacturing has been greatly developed. Various kinds of maize production mechanized operation service organizations have developed rapidly, and the service capacity has been continuously enhanced.

The mechanized operation problems of maize cultivation, land preparation, planting and field management have been basically solved. At present, the bottleneck of corn production mechanization is mainly in machine harvesting. Some main maize producing areas have increased the promotion of maize machine harvesting, so that the microwave drying machinery and equipment has been developed rapidly.

From the current development situation, China's corn harvesting machinery has basically matured, with more than 60 producers and an annual output of about 50,000 units. It has the conditions for wide popularization and application. From the perspective of market demand, to achieve the mechanization of corn harvesting, China has a very large incremental space for harvesters. At present, the number of corn harvesters in China is about 240 thousand, and the machine harvest level is 45%. In the next 10 years, if the harvesting level of maize harvester is to be raised to 85% and the area of maize harvester is 28.33 million hm2, the development of maize harvester transceiver will be strong in recent years, but the factors that restrict the development of maize transceiver can not be ignored.