Experimental study on shelling of a full automatic cashew sheller 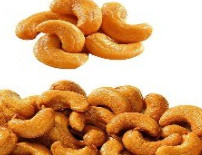 Cashew nut (Anacardium occidentale L.) is an evergreen tree of Lacqueraceae. It is an important dry fruit and oil tree species in tropical China. Its kernels are one of the four most famous nuts (walnut, almond and hazelnut) in the world, and are loved by people all over the world. In the 20th century, researchers and entrepreneurs at home and abroad began to study cashew processing machinery (cashew processing downstream products). So far, no breakthrough has been made in the equipment. In recent years, a number of related equipment have emerged, such as manual shelling equipment (semi-automatic shelling equipment) automatic shelling equipment, microwave drying machinery and so on, but the shelling rate and production efficiency are not ideal. The rate of manual shelling is high, but its efficiency is low, and its automatic shelling efficiency is high, but its shelling rate is low. The research group screened and graded cashew at the early stage.