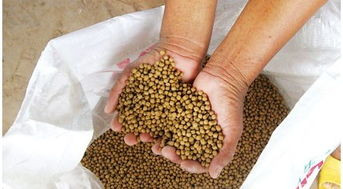 Bentonite, also known as kaoline or white clay, is a kind of clay mainly composed of montmorillonite. Bentonite has many excellent physical and chemical properties such as adsorption, expansion, adhesion, lubrication, suspension and so on. It has wide application value in catalyst carrier, filter agent, anti-seepage agent, concrete plasticizer, feed additive and so on. Since the 1960s, many nutritionists around the world have begun to study the effects of bentonite as a feed additive on animal growth. Studies have confirmed that bentonite contains fish feed / pet food / snack processing lines in its composition More than 40 mineral elements, such as sodium, silicon, potassium, calcium, magnesium, iron, copper, lead, manganese and cobalt, are mostly major and trace elements necessary for animal growth, and some elements are also important components of enzymes, hormones and various active substances in animal life activities. Bentonite as feed additive for livestock and poultry has obvious effects on its growth, development and reproduction ability, weight gain rate and production performance, feed utilization rate, survival rate of livestock and poultry and economic benefits [ 1 - 4 ]. Therefore, bentonite has been paid more and more attention by feed production enterprises and has become a green feed additive commonly used in the feed industry, which is pure natural, pollution - free, non - toxic, and free of drug residues. Microwave sterilization machinery and equipment In animals, elements with a content of less than 0.01 % are called essential trace mineral elements, mainly including 11 kinds of iron, zinc, manganese, copper, cobalt, iodine, selenium, molybdenum, fluorine, chromium, boron, etc. Trace elements, as one of the essential nutrient elements in animal body, directly participate in almost all physiological and biochemical activities of the body Bentonite is widely used as a binder and nutrition improver in the production and processing of fish feed. Its suitable addition ratio is generally 1 % ~ 5 %, and the addition ratio in the actual operation process is more than 3 %. Some important feed raw material databases, such as the Chinese Feed Composition and Nutritional Value Table [ 8 ] and the U.S. Feed Stuffs Feed Composition Analysis Table [ 9 ], do not include bentonite sample information, which may cause bentonite to be easily ignored in the actual formulation design. The average content of Fe in bentonite determined in this experiment is 22 354 mg / kg. If the content of Fe provided by bentonite in fish feed formula is 224 - 1 118 mg / kg, which has exceeded the recommended dosage of Fe in fish feed ( 30 - 200 mg / kg ) in Ministry of Agriculture Announcement No. 1224 and reached the maximum limit of 30 - 149 %. Therefore, the high Fe content and large variation in fish feed in Hunan area determined by this experiment is probably due to the different Fe content and addition of bentonite. The iron element in bentonite mainly exists in the form of Fe2O3 and enters The rear part of the fish can be converted to Fe3 +. The absorption mechanism of Fe by fish is that inorganic iron and protein are combined, reduced to Fe2 + in stomach or intestine and then absorbed, and the absorbed Fe2 + is oxidized into Fe2 + in intestinal mucosa cells Fe3 + combined with transferrin to form ferritin, thus exerting its physiological function to iron [ 10 ]. Generally speaking, the form, valence state, chelating agent and other elements of iron affect the absorption and utilization of iron by fish. Therefore, feed production enterprises should refer to the iron content of bentonite and its absorption and utilization rate in the digestive tract of fish to determine the appropriate amount of bentonite when formulating fish feed formulations, which can reduce the amount of iron used in mineral trace element additives, reduce feed costs, improve breeding efficiency, and reduce environmental pollution caused by excessive addition of trace element Fe on the other hand.