Spaghetti is a world-wide delicacy. Due to the shortage of raw materials, the development and consumption of this product are seriously restricted. Therefore, it is particularly important to find suitable substitutes for the raw materials of spaghetti. Corn is known as "golden crop".

It is not only rich in nutrition, but also rich in a variety of nutritional and functional factors in corn, which has become one of the preferred food crops for people as health products.

Compared with traditional Durham wheat flour, because corn flour does not contain gluten, fat and ash, special processing arrangements are needed in the production of pasta from corn flour, including shaping, drying and post-processing. 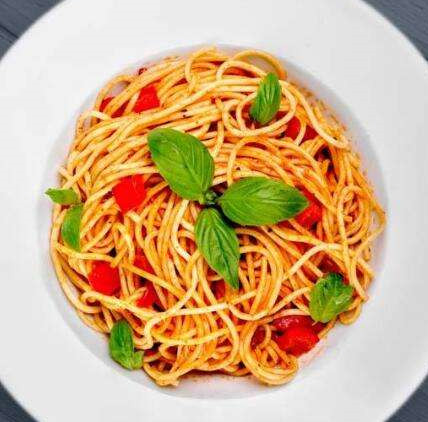 1. The composition of corn flour and Durham wheat flour is different in the arrangement of the processing route of producing spaghetti from corn flour. The outstanding performance is that they do not contain gluten protein and viscosity. Therefore, the cooking and extrusion process is chosen for shaping, while the ultra-fine comminution and high temperature-resistant alpha-amylase spraying technology are chosen for viscosity reduction treatment. Microwave drying technology is selected as drying technology.

Formed noodles need to be aged, and the taste and texture of directly aged noodles are better than those of non-aged and pre-dried noodles, so direct aging is chosen when aging. 2. The optimization of cooking and extrusion process parameters of spaghetti produced by corn as raw material. It was found that single factor water addition, screw speed and four-stage barrel temperature had significant effects on cooking resistance, eating quality and texture characteristics of noodles.

3. The optimization of drying parameters of spaghetti produced by cooking and extrusion with maize as raw material. It was found that the drying power had a significant effect on the dehydration rate, texture and taste quality of noodles. The quality of single-bar noodles has a significant effect on the adhesion of noodles in texture characteristics. Response surface experiments showed that the dried noodles had better sensory properties and boiling resistance when the forward-moving rate was 10 r/min, the drying power was 5 kW and the single-rod noodle mass was 1.5 kg.

Both samples can reach the maximum hardness when they are cooked at 24 hours of aging. The elastic chewiness of the two samples increased first and then decreased, while the adhesion of the two samples increased continuously. The boiling resistance and natural breaking rate of the two kinds of noodles showed a downward trend. The color difference experiment showed that the L value (total color difference) of noodles produced by the two raw materials decreased gradually,

the a value (redness value) changed irregularly, and the b value (yellowness value) increased all the time. The b value represents the yellowness value, which indicates that the aging treatment has a positive effect on the formation of amber color in noodles. Glucose production experiments showed that the human body's glycemic index of noodles made from the same raw materials declined with the increase of aging time. The glycemic index of refined powder samples is higher than that of crude powder samples when two kinds of raw materials are treated in the same way.